WOLT 2018 team is proud to honor female entrepreneurs and researchers who are helping shape the digitalization of law. 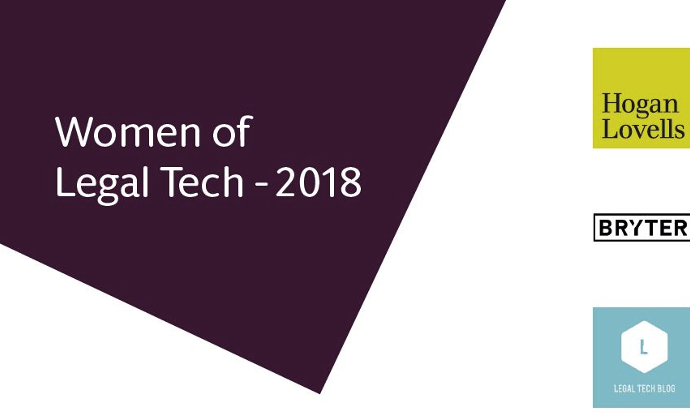 Last Friday in Düsseldorf, 26 women from Germany, Austria and Switzerland became the first recipients of “Women of Legal Tech” awards. The award was hosted by Hogan Lovells, BRYTER and the Legal Tech Blog to honor female entrepreneurs and researchers who are helping shape the digitalization of law.

As a result, conference organizers will no longer be able to claim that there are not enough female figures in the Legal Tech industry. The event was held by the former German Federal Minister of Justice and former Federal Minister of Economics Brigitte Zypries.

For the first time, women who have shaped the legal sector were recognized by the law firm Hogan Lovells, the legal-tech company BRYTER and the Legal Tech blog. “With this award, we want to increase the visibility of the many impressive women in the legal tech sector and increase diversity in the industry” said award organizers.

The award winners, who were honored on Friday in Düsseldorf at the Lawyers’ Future Congress of Soldan and Wolters Kluwer Germany, come from the legal market, business, science and politics, from both large and small organizations. The group of award winners includes lawyers and techies, researchers and entrepreneurs, students and influencers. They write, speak and conduct research on topics ranging from Blockchain to Design Thinking.

Why they are Women of Legal Tech

The two youngest winners, Dalia Moniat from Hamburg and Lara Sophie Hucklenbroich from Frankfurt, are still studying and have already helped shape the German legal-tech industry. Michele Fink conducts research at the Max Planck Institute and has major influence in the legal world. She is the co-founder of the Stanford Journal of Blockchain Law and Policy, a guest lecturer at several European universities and is also a member of the Blockchain Observatory and Forum of the European Union. Zoë Andreae manages a family business that has been producing web-based software solutions for the legal industry for decades and, incidentally, participates in Legal Hackathons across Europe.

The co-founder and editor-in-chief of German Online Law Magazine LTO, Pia Lorenz, is also on the awards list. The magazine, which itself is fully committed to digitalization in terms of content, as well as its in-house job-matching tool, has been reporting changes in the legal market since 2010 and is making legal tech trends from the innovation bubble accessible to the wider market.

The selection panel was made up of jury experts from the legal profession, trade press and research and considered 50 nominees in total.

Click here to find the awarded WOLT woman of 2018