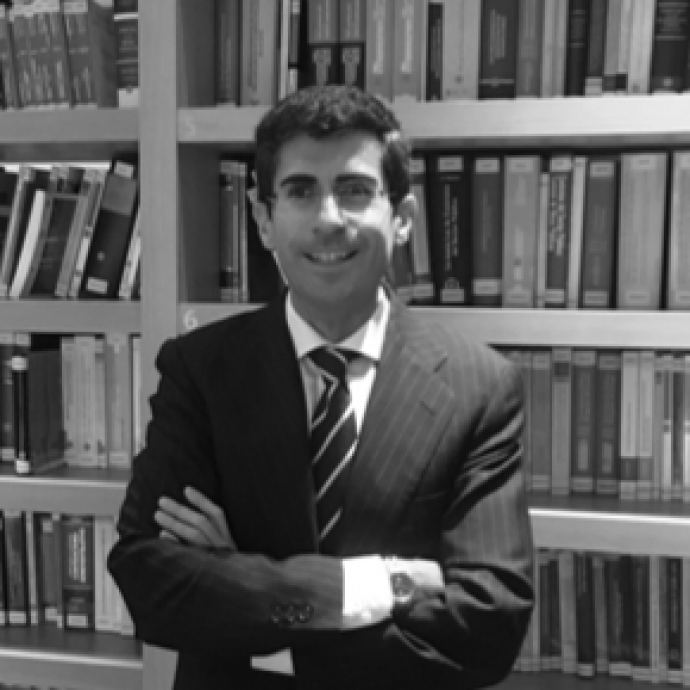 Moisés Barrio Andrés, PhD., is a Legal Attorney to the Council of State, Professor of Digital Law, and Lawyer. At the age of eleven, he founded IDESOFT in 1992, a pioneering software manufacturer and one of the first Internet providers in Spain. It has a presence in the Spanish and Latin American market, with a commercial office in California. He has been its CEO until 2016.

He has a Masters of Research in Legal Sciences by ICADE, ESADE and Deusto. He has completed postgraduate studies at Harvard University and the London School of Economics. He is currently a Professor of Internet Law and Digital Law at the Universidad Carlos III de Madrid, ICADE, San Pablo CEU and Complutensede Madrid. Moisés is also the Director of the Diploma of High Specialization Legal Tech and digital transformation at the School of Legal Practice of the Complutense University of Madrid.

He is a practicing lawyer at the Madrid Bar Association since 2004 and a member of the Royal Academy of Jurisprudence and Legislation. He is an expert advisor to various Public Administrations, both in Spain and Latin America, in matters of Internet Law and digital transformation. He is a member of the group of experts on cyberpolitics and cyberlaw of the Real Instituto Elcano and the group of experts on the design of public policies in the era of artificial intelligence of FIDE.

He has written thirteen books and more than 50 articles in journals and other specialized works in the field of Internet law, intellectual property, regulation on disruptive technologies (robotics, artificial intelligence, blockchain, autonomous cars…) and digital regulation. He has been awarded the E•natic 2018 Prize for legal research in Digital Law. He is and has been, a speaker and lecturer at various congresses, conferences, and meetings.